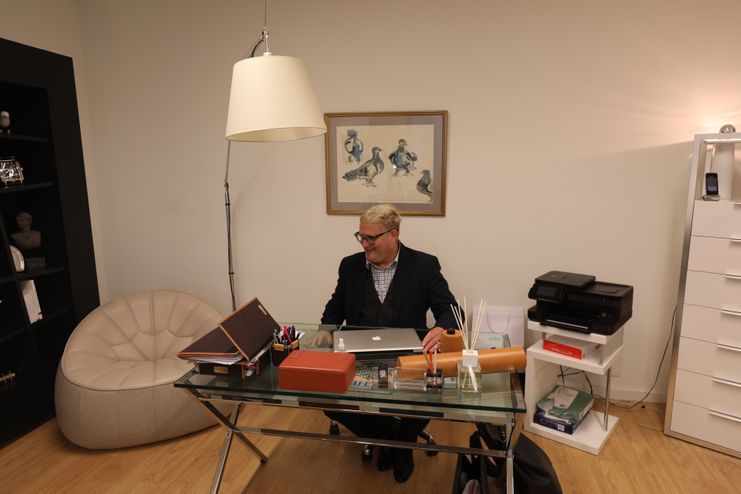 Dr Anchy Asher Ivanir studied medicine and surgery at the University of Bologna, graduating cum laude (110/110). He went on to gain his FMH specialisation in psychiatry and psychotherapy at Geneva University Hospital (department of psychiatry). During this specialisation period, he worked in the cantons of Valais, Fribourg, Vaud and Geneva in French-speaking Switzerland (as part of a collaboration between several out-patient clinics and crisis centres), then at the Child and Adolescent Department, where he worked as a specialist registrar at the suicide study and prevention centre (Centre d’Etude et Prévention du Suicide, CEPS) and in a multidisciplinary department providing psychotherapy for young people.

During this period, he completed his master’s in couples and family therapy at the University of Geneva (Faculty of Medicine, Department of Psychiatry). During his years working at CEPS, he gave seminars to first-year students in the Faculty of Medicine on the subject of what is normal and what is pathological in adolescent crises.

Dr Anchy Asher Ivanir has acted as a psychiatric medical advisor for the city of Geneva and now also works as an expert, including with the courts, particularly in divorce litigation, in the cantons of Geneva and Vaud. He has offices in Geneva and in the canton of Vaud at Nyon, where he works with small teams (regional healthcare network – home-based care, schools, parent associations, etc.). He also acts as a psychiatric expert for the regional medical department (Service Médical Régional, SMR) of the disability insurance office.

He was also a speaker at the 7th Congress of the International Society for Adolescent Psychiatry and Psychology, held in Montreal, on the theme of ‘Transition from adolescence to adulthood’. The subject of his talk was ‘Clinical experience and reflections on early psychosis’.